At the end of every January filmmakers and cinema aficionados head to Utah for the renowned Sundance Film Festival. This annual event is a cornerstone of the film community. Festival participants have the opportunity to showcase their cinematic works and potentially forge their place as thought leaders in the industry. Not only are careers made here but the pulse of the film world changes with the styles and techniques that come and go from year to year.
The Sundance Film Festival is invaluable to those in the industry. It has also become a bucket list item for enthusiasts and novice film lovers. Festival-goers have the rare opportunity to speak directly with actors, writers, directors, and composers about their work and even provide valuable feedback for its final composition. The 10-day festival not only offers screenings but discussion panels, art, and tech installations, as well as live music.

Looking to explore the 2020 Sundance Film Festival? From tickets to lodging and what to do outside of the theater, here is your ultimate guide on how to Sundance!

One of the hardest parts of the Sundance Film Festival is selecting the films you want to screen. Here are a few things you should keep in mind.

Get very familiar with the festival program and the category options:

Each section has its own unique voice and knowing exactly what is available will help you decide what mix of films you want to screen.
Explore the full 2020 Sundance Film Festival Schedule and plan your screenings.

Films are screened in three locations around Utah: Park City, Salt Lake City, and the Sundance Mountain Resort near Provo. It is best to select a concentration of films in one locale to avoid potentially missing a show (and to cut down on the stress of traveling and coordination.)
Know where most of the films you want to screen are located so you can pick the best location for your lodging. If you decide to travel for a screening, keep in mind travel times and traffic. Park City to Sundance Mountain Resort is a 45-minute drive, but much longer during the festival. There is also no guarantee that you will have a place to park at the smaller venues.
Keep a festival map handy. Due to the high traffic, sometimes the fastest solution is to walk to the next location. Because the festival is during the coldest month of Utah’s winter scene, it’s best to be prepared with comfortable clothing for walking through the snow and even waiting in line outside.

What is Your Festival Vibe?

Park City acts as the heart of the Sundance Film Festival. With events centered around its charming Main Street, historic theaters, and high-end dining & shopping you’re sure not to miss even one moment of excitement. You’re also more likely to rub shoulders with those in the film industry as Park City places you at the epicenter of the festival, offering a high-energy environment with a vibrant nightlife for the entirety of the festival.
Salt Lake City is closest to the airport providing the easiest travel times. This is a great option if you only have a day or so to enjoy screenings. Explore the intimate music venues, breweries, local restaurants, and bars. Experiencing the festival in Salt Lake City means you have a smaller selection of films but with larger venues and less traffic, you have a much better chance of catching your choice screenings via the Sundance Film Festival eWaitlist.
Sundance Mountain provides the most intimate festival environment. With one screening room, you can enjoy films in this exciting historic setting. Soak in the richness of this festival and explore the history at the birthplace where Robert Redford began the festival. When you’re not experiencing the festival, get a ski pass to Sundance Mountain, enjoy the on-site spa, or enjoy a drink at the rustic Owl Bar.

Ticket Packages, Passes, or Individual Tickets? Which is best for you?

Ticket packages include tickets to 10 individual screenings and can be shared with friends. You will then receive a date and time to select the films that you would like to see. This is a great option for those who know exactly what they want to see and when.
Passes give festival-goers priority access to films without having to worry about individual tickets. There are specific passes to choose from based on dates, times, and theaters.
Individual tickets go on sale on January 22nd both online and at all Sundance box offices. Tickets still available will be sold online 18 hours before film screening and at box offices the day of.
Tickets sold out? Try the eWaitlist system available on the Sundance Film Festival App. The waitlist opens 2 hours prior to showtime. This is the best way to try and catch a sold-out screening.

What to do Outside of the Theater

Take in the Music Portion of the Sundance Film Festival:

The festival is also a large gathering for some of the hottest names in music. As well as getting to know the unique musical artists and composers that create the original film sounds and soundtracks of featured at the festival.

View the Local Art & Technology Exhibitions at the New Frontier:

Film and the Sundance Film Festival is ever-expanding into new areas each year. Visit the New Frontier to experience hands-on the changes in media, multimedia performances, live panel discussions, 3D and virtual exhibits and much more.

Visit the Birthplace of the Festival at Sundance Mountain Resort:

Experience the Sundance Film Festival on a whole new level. See how Robert Redford began the festival and experience it from the heart of it all.

Sundance wouldn’t be as amazing as it is without its amazing sponsorships from terrific companies. Each sponsor holds a unique showcase as well as festival events during the entirety of the festival.

Ski or Snowboard, of Course:

Park City is touted as having some of the best powder in the country. The free bus system can drop you at any of the major resorts in town and there are runs for every skill level. It will also give you an excuse to partake in the vibrant après ski culture after a day on the slopes.

This may go without saying but Sundance is an extremely popular event. In 2019 over 124,000 people were in attendance. Along with accommodations, restaurants, concerts, and even some local activities completely book out. Be sure to not only book your accommodations early but make restaurant reservations, or ask your Opulent concierge to help you book ski lessons or other activities in advance.
When you book your lodging through Opulent Vacations, every reservation includes our signature concierge service. This incredible team can help lock down reservations on your behalf and ensure that your festival goes smoothly.

Where to Stay During the Sundance Festival

Main Street lodging places you at the heart of the Sundance Film Festival, offering a high-energy environment with a vibrant nightlife. You can walk to screenings and festival events as well as access the free Park City transit system to skiing and attractions around Park City.

Combine your festival and ski trip in one. Deer Valley is only a couple minutes from Main Street and local festival theaters but offers some of the best ski only terrain in the area. The free Park City transit line runs to and from the resort providing easy access to screenings and to the slopes in no time.

Enjoy unmatched luxury, shopping, and dining, as well and ski access to PCMR from within the Canyons. All properties within this area enjoy seasonal complimentary on-demand ride service within Canyons Village, which is a great way to access the free Park City transit system to the designated festival theaters and the action on Main Street.

All our reservation specialists are Park City locals and have intimate knowledge of the ins and outs of the Sundance Film Festival. Let them help you find the ideal accommodations, give you restaurant and activity recommendations, and help schedule time-saving add ons like grocery delivery or airport pick-ups.

We look forward to hosting you for the 2019 Sundance Film Festival!!! 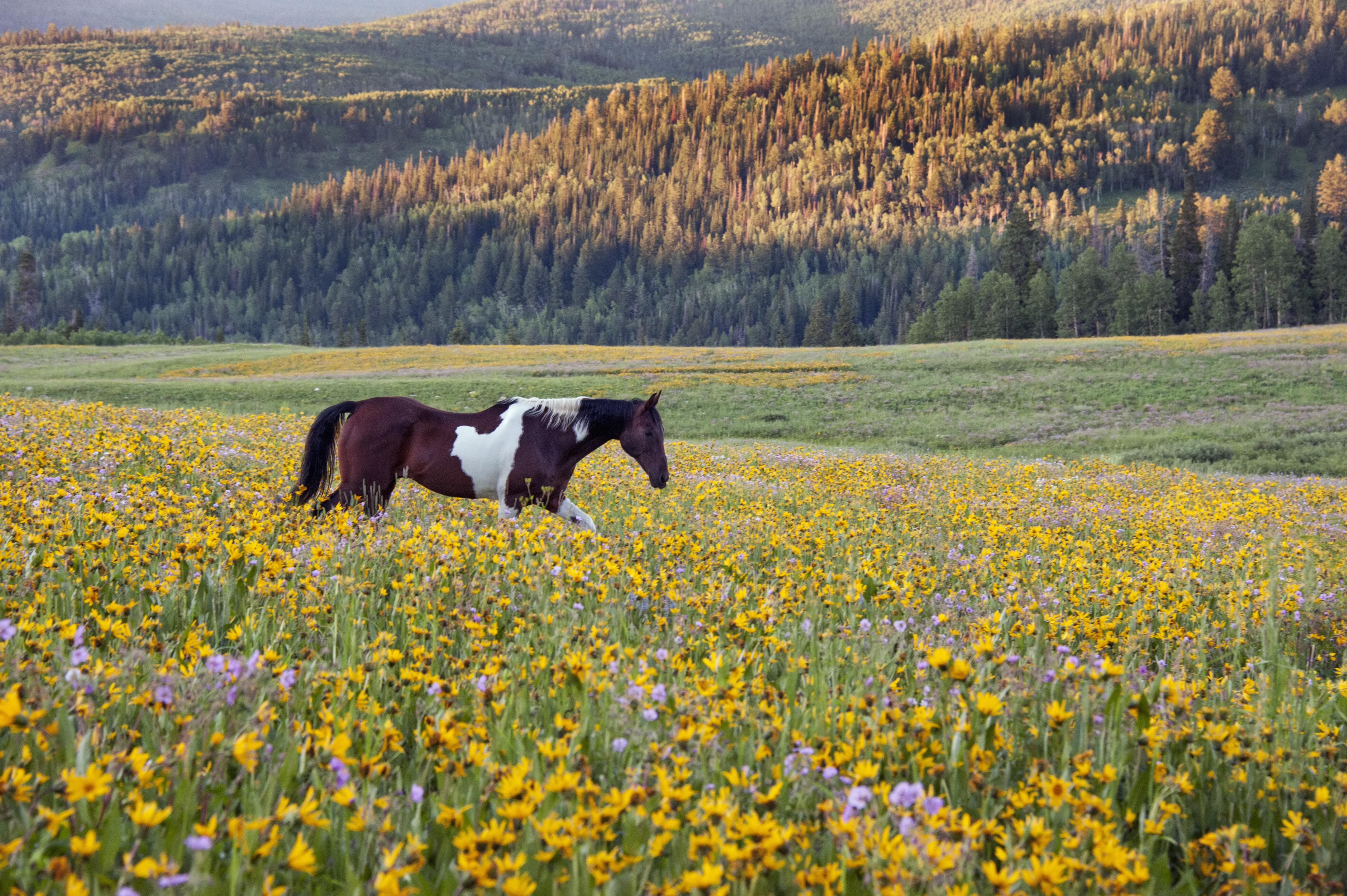 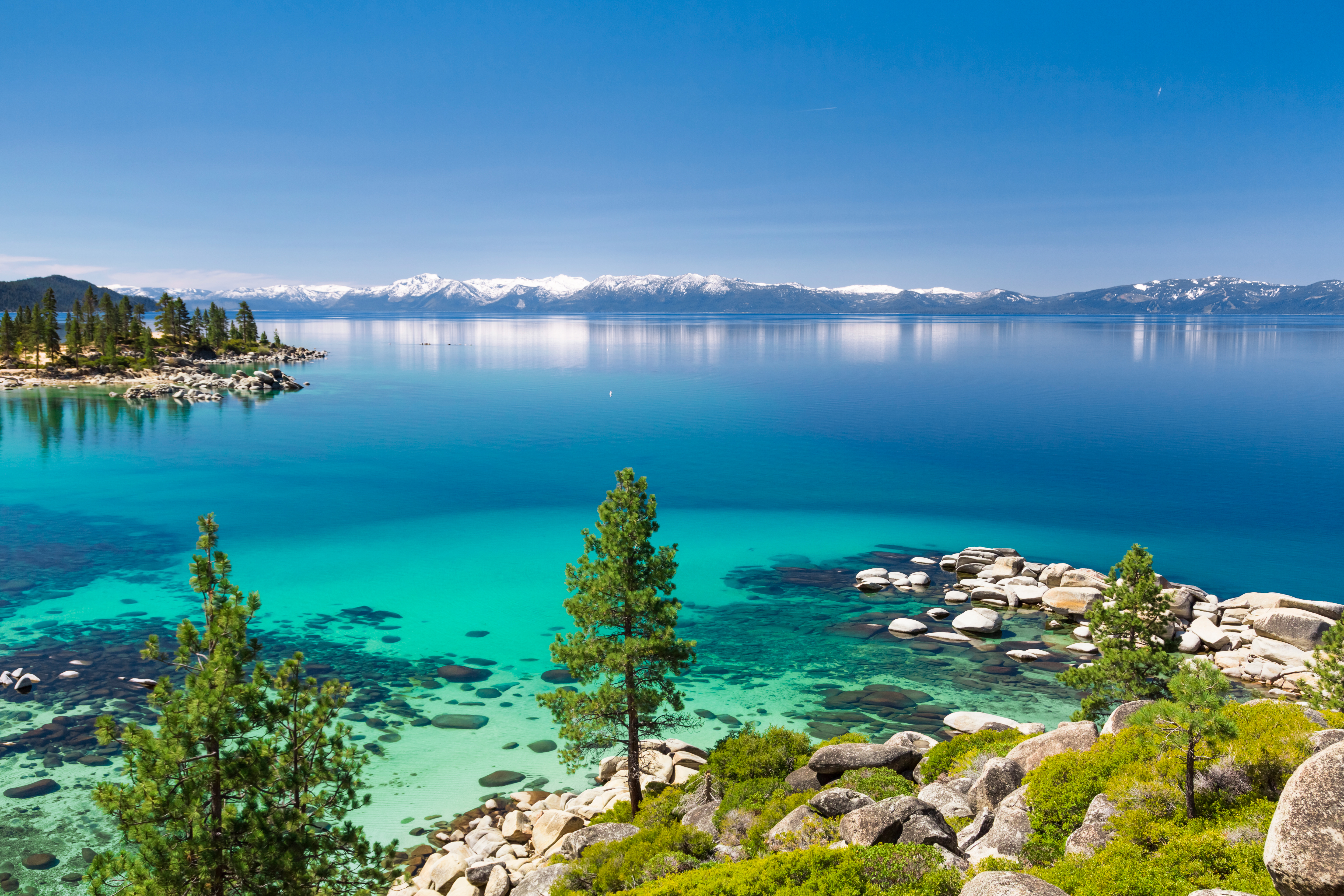 Adventure Awaits on the “Big Blue” – Summer in Lake Tahoe 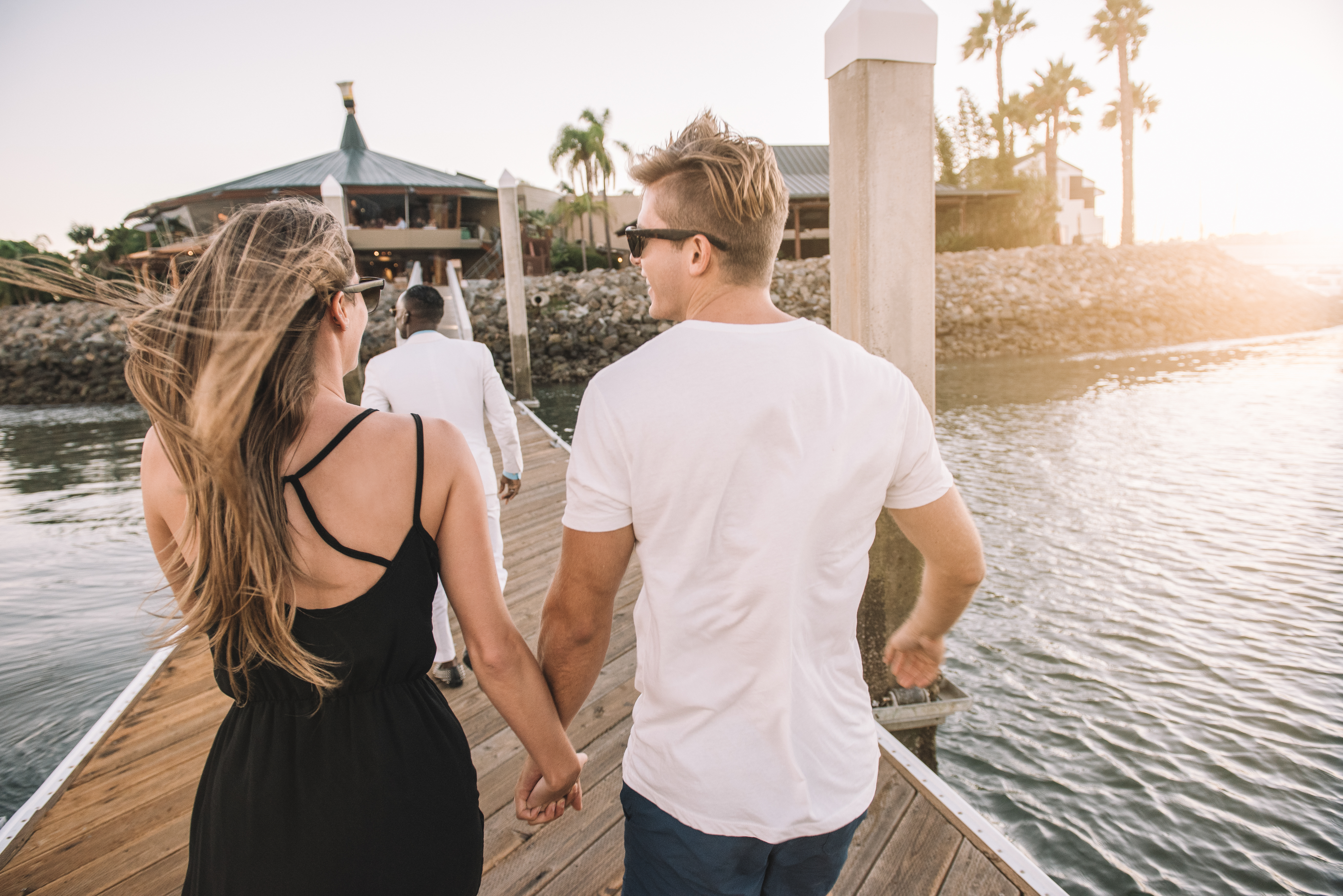 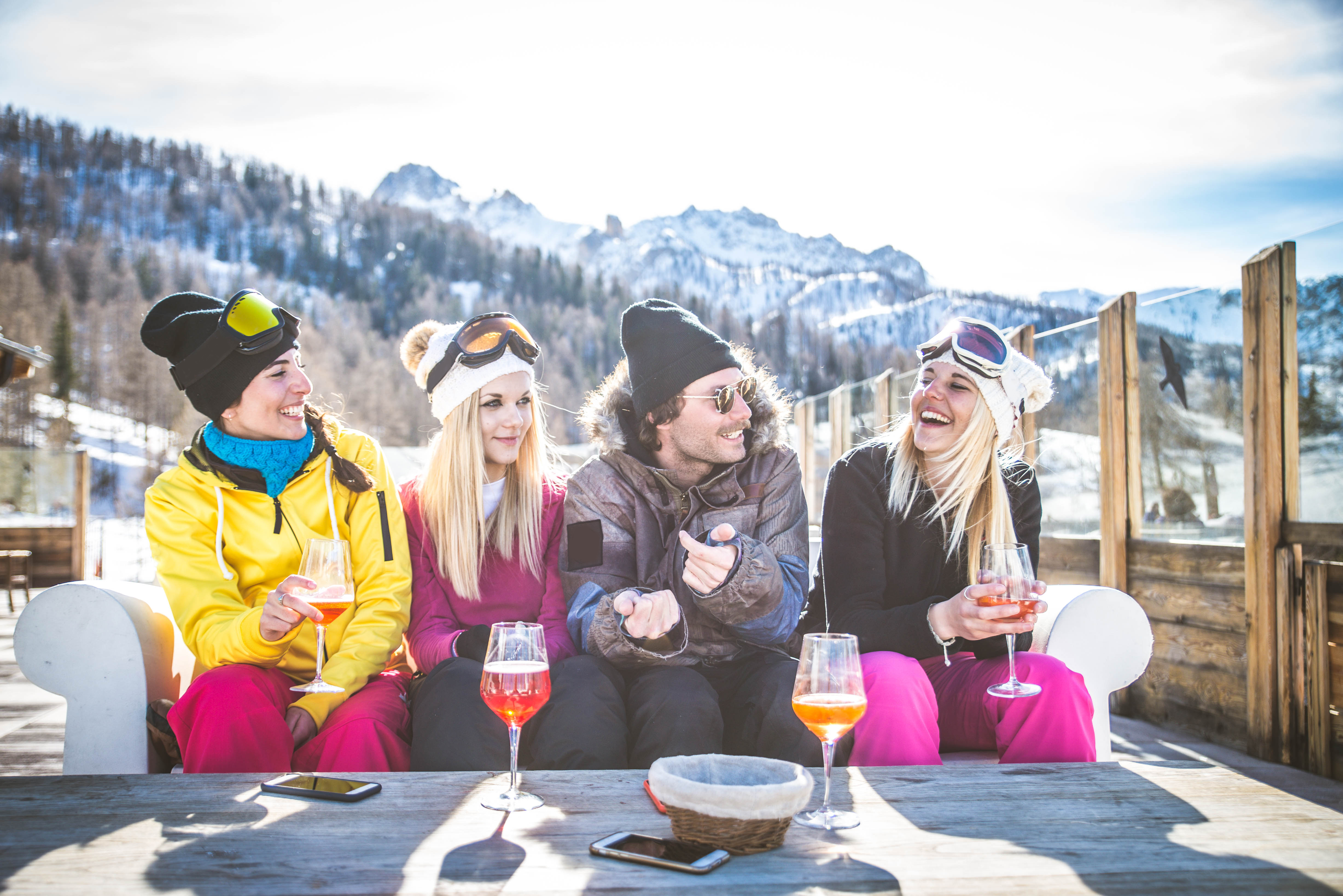 The Après Experience in Park City